PTI’s corporate headquarters is located in Evansville, Indiana, with General Managers and regional offices strategically located throughout the United States.  PTI is one of a group of companies known collectively as United Companies.

What started in 1964 as a auto retail and vehicle leasing operation has evolved into a national and international corporation that is committed to strategic growth for all its companies, while continuing to honor its original mission statement of “…being a growth-oriented organization providing quality products and service that exceed customer expectations.”

As part of United Companies, Inc., Professional Transportation, Inc. (PTI) was founded in 1980 and began its operations, serving as a crew transportation service for Class I railroads in the Midwest. PTI’s focus is on safety, dependability, and on time performance for over-the-road and dedicated yard van services to some of the biggest companies in the railroad industries. Those same three fundamentals continue to be steadfast for PTI.

Professional Transportation, Inc. expanded its operations through business contracts with the Dearborn, Central, Georgia and Alabama Divisions of Norfolk Southern and the Virginia Territory of CSXT, and also assumed the operations of a competitor with locations in five southern states.

As the company continued to expand its business, PTI announced in 2010 Union Pacific (UP), one of their major railroad customers, awarded the company two new Crew Transportation Service Unit contracts increasing the total number of UP Service Units. With the new territories, the company added 22 new branch locations, approximately 90 additional fleet vans, and an estimated 300 employees bring staff totals to 3,200. Railroad transportation volume growth has continued since this 2010 expansion.

United Companies has evolved into a multifaceted financial and transportation services organization with more than 3,000 corporate accounts.With 240 branch locations and 6,100 associates, United Companies has direct operations in 36 states and the District of Columbia, and manages assets in all 50 states, Canada and Mexico.

Established on basic business values that have stayed consistent through more than four decades of existence, United Companies is a group of companies providing solutions in:

Start A New Adventure. Apply Today!
APPLY HERE
Professional Transportation, Inc. is part of United Companies, headquartered in Evansville, Indiana. PTI has local offices in each state in which it conducts business operations.

Change Your Point Of View

Like the clients it serves, PTI’s main priority is safety. With over 4,600 associates nationwide,  PTI has developed an internal safety department unlike any other through constant evaluation and training. Each of its drivers has been tested and trained in numerous areas of driving safety, and every van in its fleet is continually inspected and maintained for the highest degree of safety and comfort. 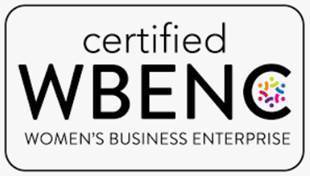